The variability of the cationic valence, the incomplete screening of long-range interactions and the flexibility and structural richness of oxides mean that the reduction of dimensions in these materials can induce significant changes of structural, physical, or reactivity properties. Oxides as ultra-thin films, in particular in mixed or alloyed form, can thus adopt crystallographic structures without any bulk equivalent. The study of the richness of these 2D materials makes it suitable for cross-analysis between surface science experiments and ab initio calculations. While the efforts of the scientific community have mainly focused on metallic and semiconductor materials, it is clear that future technologies will make massive use of oxides. This is true in the fields of electronics (we now speak of oxytronics), superconductors, MRAM memories as well as in that of catalysis or energy.

2D materials with a honeycomb lattice, such as graphene, often contain local defects in which the hexagonal elements are replaced by four-, five-, seven-, and eight-membered rings. Scanning tunnelling microscopy (STM) and density functional theory (DFT) modelling were combined to investigate the structure and energetics of such vacancy-type defects in a honeycomb (2 x 2) Ti2O3 monolayer grown on Au(111). Since the epitaxial Ti2O3  monolayer is elastically compressed and the vacancies relieve the compressive strain, they therefore show significantly lower formation energies compared to their counterparts in freestanding layers. These results demonstrate the ability of the substrate to significantly impact the energetics and hence favour vacancy-type defects in compressively strained 2D materials. This approach could be generalized; for example, in tensile monolayers the vacancy-type defects should be rare, while interstitial-type defects may be favoured. 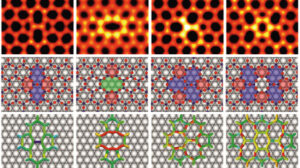 Characteristics of pure and mixed 3d transition metal oxides forming honeycomb monolayers on a metal substrate (such as of M2O3 and MM′O3, with M, M′ = Ti, V, Cr, and Fe) were analysed using a DFT+U approach. We showed that the substrate-induced structural polarization, electron transfer at the interface, and oxide-metal interaction strength display general trends which are governed by the offsets between the oxide band structure and the metal Fermi level.

The least electronegative cations (Ti and V) deposited on metals with the largest work functions (Au, Pt) display the strongest effects, the depletion of the purely 3d Ti and V states provoking an increase of the cation oxidation state. These electronic effects directly impact the energetics of cationic mixing and, e.g., they stabilise ordered mixed VFeO3 films which have no bulk equivalent, but destabilize TiFeO3 films cut out from bulk ilmenite. Our findings give general guidelines on how oxide electronic, magnetic, and reactivity characteristics can be efficiently engineered by tuning the oxide stoichiometry and the metal substrate, a point of direct interest for modern technologies. 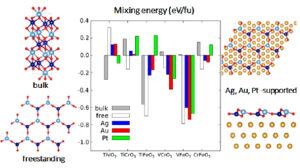 Figure 2: From bulk to the supported monolayer going through the freestanding object.

Nanometre-thin alumina films are frequently encountered due to the self-limited oxidation of Al and its alloys, and seem to display an even larger structural variety than bulk alumina itself. While the nature of the underlying substrate and the oxidation kinetics are known to modulate the structure of supported films, understanding the intrinsic stability of freestanding films is an important first step by itself. Using a combined tight-binding/DFT genetic algorithm approach, we identified a variety of novel stable thin film structures. DFT calculations allow to rationalize the stability reversal with respect to α-Al2O3 and to identify the underlying mechanisms: breaking a low density of relatively weak Al–O bonds at surfaces, filling of Al surface vacancies, and polarity-driven relaxation of the whole film. These observations provide also interesting insights into existing supported alumina ultrathin films.

The growth mode of strained epitaxial films relies on the interaction strength, the lattice matching, and the mechanical response of the system.  Due to their cube on cube epitaxy and their abrupt interface with the substrate, MgO islands on Ag(001) are a model system for the study of size effects on epitaxial stress. Beyond relaxation effects by the introduction of dislocations, the combination of EXAFS experiments and semi-empirical Hartree-Fock simulations including a large number of atoms has demonstrated the existence of a small size regime in which, despite the greatest adhesion and the smallest lattice parameter mismatch, the islands are the least strained by the substrate. We assign this unexpected behaviour to the enhanced island stiffness which makes the cost of elastic distortion prohibitive. The analysis provides a general framework to predict and/or understand nanoscale effects on interfacial pseudomorphism which is likely to hold whatever the nature of the deposit and substrate under concern. 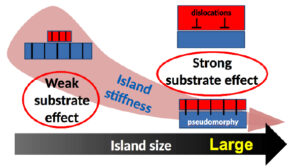 Figure 4: The epitaxial deformation and the interaction with the substrate is modulated by the stiffness of the bonds in the nanoobjects.